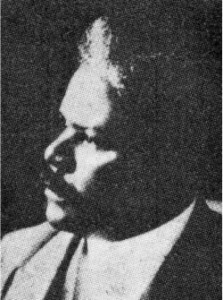 On November 12, 1899, Reverend Matthew A. Shaw accepted the call to lead Twelfth Baptist Church. As the 10th pastor, he faced a significant decline in church membership.

Eighty-­‐five percent of Black residents on Beacon Hill were moving from the West End community into the South End. As a result, one of Reverend Shaw’s first responsibilities was to deal with the church’s location; Phillips Street on Beacon Hill.

With his foresight and support from the deacons and trustees, a new edifice was located on the corner of Shawmut and Madison Avenues in the South End.

Twelfth Baptist membership acquired the property, originally the Boston Tabernacle, in 1905 and dedicated the building on November 11, 1906.

Reverend Shaw expressed his dedication and gratitude at the ceremony… “For all the success which has attended me, I thank God, and bless the people who in the rank and file have loved me, trusted me, and heroically followed me. May God give me grace, power and opportunity to serve them in the future better than I have done in the past.  During the whole severe struggle which ended in the glorious victory we are now about to celebrate, our members stood by us and gave us loyal support.”

Not only did Reverend Shaw’s vision and leadership save the church, its membership grew exponentially as a result of his powerful ability to be forward thinking.

He recognized his gifts and also was obliged to use them for the good of humanity.  Reverend Shaw’s aptitude for scholarly work was recognized at Calabar College in Kingston, Jamaica and was paralleled by his attainments at Boston University School of Medicine and Tufts College.

While at 12th, he not only preached the gospel of Jesus Christ, he also opened his medical practice here.

As a result, the new location of Twelfth Baptist Church became famous because Reverend Dr. Shaw met the community’s medical and spiritual needs.

A spirit of tenderness, love and sacrifice marked the 24 years spent by Reverend Dr. Shaw with this church. No cry of need went unheeded: no note of suffering forgotten.

A natural shepherd, he believed that the only road to peace is the application of the principles of the cross.

Reverend Dr. Shaw was a firm advocate of the rights of his race. His masterly thought and convincing presentations won laurels for innumerable causes.

At the time of his death, Reverend Dr. Shaw was the National President of the Equal Rights League of America, a cause to which he had given generously of his time and means.

He was a beloved husband and father.  From the union with his wife Jesse E. Johnson, also a native of Jamaica, Reverend Dr. Shaw had four children; Albert, Harvey, Arthur and Iris.

Through God’s grace, Reverend Dr. Shaw’s humble beginnings in Jamaica, the West Indies carried him to great heights as a pivotal leader at Twelfth Baptist Church.

Today TBC is an appropriate monument to his exceptional life; it is a tower of strength to the weary, a “shadow of a great rock”, and a citadel of peace. All that we do here is vested in his memory.