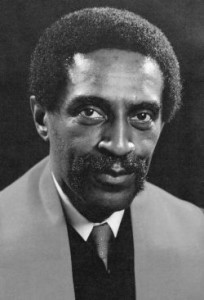 Reverend Dr. Michael E. Haynes is a native of Roxbury and was educated at Boston English High School.  He earned a Bachelor of Arts in Theology in 1949 from the New England School of Theology in Brookline, MA and continued his education at Shelton College in New York City, earning a graduate degree in Mission and Clinical Services in 1950.

For the next three years, he studied at the Gordon Conwell Theological Seminary in Hamilton, MA and years later received multiple Honorary Doctoral degrees: Doctor of Laws Degree, Doctor of Divinity, and Doctor of Humanities.

In addition to academic pursuits, Rev. Dr. Haynes was committed to the Boston community extending his reach as a Massachusetts State Representative and later as a member of the State Parole Board.

During Rev. Dr. Haynes’ 40-­‐year tenure, he was a trailblazer who recorded a legacy of firsts. He was the first Black invited to serve on the Berkshire Christian College Board, the first Black to address the Evangelistic Association and New England Annual Conference, and the only Black American elected as a full delegate to the Lausanne Committee on World Evangelization.

Rev. Dr. Haynes’ commitment to biblical relevancy led him to travel to the Holy Land on multiple occasions, and understanding the importance of such a journey, he brought along a group of sixty-­‐two people to voyage with him in 1980.  Seventy-­‐eight people accompanied him in 1982, and he made concurrent pilgrimages in 1984 and 1986.

A renowned speaker, Rev. Dr. Haynes used his voice in many capacities. He was featured as a keynote speaker for Congress in 1986, and a year later was the recipient of the American Baptist Urban Pastor of the Year Award at the Baptist Bi-­‐ Annual Meeting in Pittsburgh, PA (1987).

He served as the Co-­‐ Chairman for the Pastoral Committee for the Billy Graham Crusade at Boston University, as well as a member of the “Think Tank” (A national interracial gathering of ministers that met at MLK House for three days).

Under Rev. Haynes’ leadership, Twelfth Baptist Church took a huge step forward in all aspects of ecclesiastical life. During his tenure, the by-­‐laws and constitution of Twelfth Baptist Church were revised; the Martin Luther King Jr. House, Second African Meeting House and three parcels of land were purchased. The TBC Housing Committee, Security Team, Food Bank and Pre – School were established, in addition to the formation of the SAMH Corporation, and the acquisition of SAMH Apartments-­‐14 unit housing with 3 street level store facilities on Moreland and Warren Streets.

More than all of these great accomplishments, it was Rev. Dr. Haynes’ commitment to the youth of this community that has left a lasting legacy. To sum up the impact of his impact on youth, it would be best to look to the words of Kenneth G. Ryder, who said of him,

“You fight to redress the wrongs of yesterday, strive to achieve betterment of today, but your deeper involvement is in the young people who comprise the society of tomorrow. Your life of action inspires them.   You educate them by work and by example and by obtaining for them college scholarships and athletic grants, you afford them educational opportunity.”

Twelfth Baptist Church thanks God for your leadership, vision, and dedication to the Gospel and to this church.