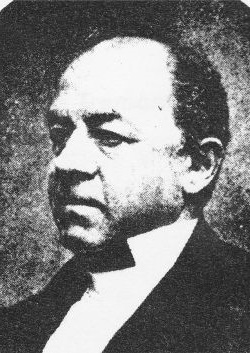 Reverend Grimes played a pivotal role as one of the principal agents of the Underground Railroad Born of free African-American parents in Leesburg, Virginia 1815, he worked as a Hackman. He purchased several horses and
carriages to provide transportation for hire and clandestinely used his business to transport fugitive slaves to the
Washington, DC area.

In 1839, Grimes was arrested, convicted, assessed a $100 fine and served two years in prison for assisting a woman named Patty and her six children escape from slavery in Loudoun County, Virginia. Upon release, Grimes and his family moved to New Bedford, and then to Boston, MA. In 1848, Grimes became the first Ordained Minister of TBC where he continued his Underground Railroad and abolitionist activities.

Reverend Grimes actively opposed the Fugitive Slave Act; a law that allowed slave owners with the assistance of federal agents and the court, to arrest escaped slaves return them to slavery in the South. He fought tirelessly but
unsuccessfully for the freedom of one of his own parishioners, Anthony Burns, who was returned to slavery
in 1855.

He also believed that blacks should be allowed to bear arms in the Civil War. Grimes appealed directly to
the Governor of Massachusetts and as a result of his efforts, blacks earned the right to bear arms and join
the Civil War. In 1874 Grimes died leaving a feeling of tremendous loss in TBC.