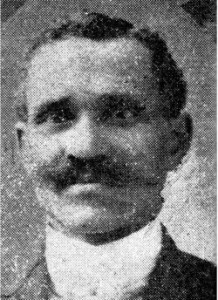 Next in succession was Reverend J. Allen Kirk. He led the congregation for two years; from 1892 -1894 and  by the time he was 25 years , Williams had graduated, married Sarah A. Skerrett from Chicago, and became Pastor of Twelfth Baptist Church (TBC).  The initial invitation from TBC was to fill the pulpit for 8 months from September 1873 – May 1874, but during those months the church membership and prayer meeting attendance increased so substantially that Reverend Williams received the “Call” from TBC to take pastoral charge.

He became the leader of the flock on April 4, 1874 and was installed as the Second Ordained Pastor on June 24th.  While Pastor at TBC, Williams researched and wrote The History of the Twelfth Baptist Church